Virtually unnoticed, on February 8, President Obama signed a new bill (H.R. 515), International Megan’s Law, requiring  that 1) the U.S. Immigration and Customs Enforcement Agency notify foreign officials when a convicted child sex offender is traveling to their country; and 2) the State Department put a “unique identifier” on the passports of persons who have been convicted of a sex crime involving a child (even if they were children at the time themselves and no matter when the conviction arose) who have been listed on a public sex offender registry. A lawsuit challenging the constitutionality of this law has been filed by California Reform Sex Offender Laws (CA RSOL). The plaintiffs include CEOs of major international companies who travel extensively – and innocently – for business.

The bill was signed eight days after it left Congress and four days after it was received by the White House. Supporters say that the law will help prevent sex trafficking by making it more difficult for sex offenders to “[plan] their trips around locations where the most vulnerable children can be found,” in the words of Congresswoman Ann Wagner, who co-sponsored the bill. Critics  assert that there has been no connection established between people on sex registries and international sex trafficking; that the branding passports will do nothing to protect the United States from its own sex offenders who, indeed, will be limited in traveling, even for innocuous purposes; that such limitations are unconstitutional; and that the “unique identifier” endangers the safety of such tourists and anyone flying with them. Moreover, a large percentage of people on the registry for child sex offenses were themselves minors when they were convicted, usually of engaging in sexual conduct as with a minor incapable of consent only because of age. Significantly, many Americans use their passports not for travel but simply for identification purposes – and those people will be unfairly subjected to all of the negative consequences of such identification.

A personal observation:  Is there no limit to the US urge to stigmatize and punish the other? Is the urge to punish and stigmatize really justified by the desire to help prevent sex crimes in other countries? Shouldn’t that be done by the legislatures of other countries, who might want to restrict the entry of various people and are fully capable of doing so?  Reciprocal international efforts to limit sex trafficking are legitimate, but this Act is overbroad, unhealthy, and probably unconstitutional.

Much has been written about the extraordinary rates of incarceration as a pressing criminal justice problem. Mass incarceration is, however, only part of the challenge posed by the American criminal justice system. Already, an estimated 25% of U.S. adults have a criminal record and, with a million new felony convictions per year—one every 30 seconds—America’s ex-offender population is growing exponentially (see chart to the right). Our country is well on its way to becoming a nation of ex-cons.

The effects of being a “criminal” do not, moreover, end with release from prison. Newly released inmates are immediately met by a growing assortment of law-prescribed “collateral consequences” that now number in the tens of thousands. In their cumulative impact, these legal disabilities greatly reduce the ability of ex-offenders to find housing, make a living, get an education, obtain bank loans, support their children or, generally, to enjoy the usual rights and amenities of citizenship that are essential for a reasonable quality of life.  As a result, our nation’s criminal-justice policy is literally re-making America into a legally divided multi-stratum society with an entrenched system of law-sanctioned discrimination against a large and growing underclass with a legally-prescribed inferior civic status.

Already, the ex-offender class is the nation’s largest legally discriminated-against minority group, and it is growing. The adverse social implications of this trend remain unclear and the critical demographic tipping point is still uncertain. But whatever the details, this is surely not good path for the nation to be on.

The American Bar Association has published its Fourth Edition of the ABA Criminal Justice Standards for the Prosecution and Defense Functions, adopted by a resolution 107D in February 2015. This edition supplants the Third Edition (1993) of the ABA Standards for Criminal Justice: Prosecution Function and Defense Function. Among the new provisions are the following: 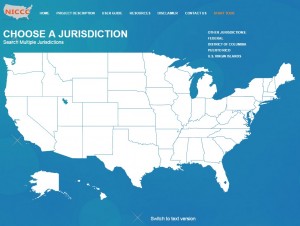