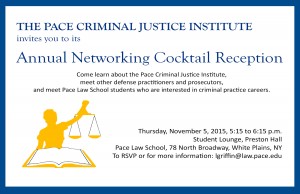 Bullying has been prevalent on school grounds even before the idea of the Internet or social media ever came into being. Today, bullying doesn’t stop at the playground: it follows children home by lurking on Facebook, Twitter, Instant Message, and the like. It seems never to go away and children are completely surrounded, twenty four hours a day, seven days a week.  One can imagine how overwhelming this type of pressure must feel.

On July 9, 2012, Governor Andrew Cuomo signed a new piece of legislation with the aim of combating cyberbullying in schools. Section 13 of New York State’s Education Law is meant to “strengthen a school’s response to harassment and bullying” according to Cuomo’s released press statement. This new law contains three provisions to help protect students: (1) schools are required to act in cases of cyberbullying even if it happens off school grounds; (2) school districts are required to create protocols that deal with cyberbullying; and (3) current school employees, as well as future employees are required to have training in identifying and preventing cyberbullying. The new law creates a platform for schools to raise awareness within schools through policies and procedures.

While this new piece of legislation purports to take a legal stand against cyberbullying, in reality it fails to prevent actual cyberbullying. That is, while the law requires educators to take action against cyberbullying, it only requires action after the bullying has already occurred.  It thus fails to address the issue of educating all students and especially those students who are participating in cyberbullying.  Education can and should begin at a very young age within the school system and should include the education of parents.  And, in order to create real deterrence, it may be necessary to create cyberbullying as a crime.

To be sure, the new law is a step in the right direction and it shows that the legislature has begun to tackle a difficult, but very real issue. However, the legislature has failed to make any real change by creating this law because it does not address the issue beyond the realm of the educational system.