Several interesting criminal procedure decisions were handed down in May by the New York Court of Appeals:

People v. Stone, 2017 N.Y. Slip Op. 03559, 29 N.Y.3d 166 (May 4, 2017) (Court’s PDF) – Conviction affirmed where the defendant argued his right to confrontation was violated where a detective was permitted to testify that an unavailable witness had identified the defendant. The Court held that the trial court “eliminated any prejudice to defendant by striking the offending testimony from the record and instructing the jury to disregard the statements.”

People v. Bushey, 29 N.Y.3d 158, 53 N.Y.S.3d 604 (May 4, 2017) (Court’s PDF) – In this case, the Court held that a police officer may run a car’s license plate number through the government database without any suspicion of wrongdoing; that this does not constitute a search, and that any information obtained as result of such inquire may form probable cause for the police officer to stop the vehicle.

The Supreme Court, Kings County, has granted a post-conviction motion to vacate a conviction (CPL 440.10) where the defendant’s attorney accepted employment with the Kings County District Attorney’s Office after having been substantially involved in the preparation of the case for trial.  The attorney was assigned to the homicide bureau, became Chief of the Trial Division, and then an Executive in the office and there were no mechanisms put in place to avoid a breach of confidence or the appearance of a conflict of interest.

Two recent events overlap to raise a question about rendering of verdicts after trial. In Warger v. Schauers, the US Supreme Court recently heard oral argument about whether a civil plaintiff can move for a new trial based on information about something that occurred during jury deliberations that ended in a defendant’s verdict. The case raises the seemingly settled question about whether  the courts and the public and the parties can have access to information about what happens in a jury room during deliberations. The current answer is a resounding no, and, based on press and opinion, the Supreme Court does not seem likely to change that.

In Warger, the plaintiff sought to rely on information that the forewoman had stated during deliberations that her daughter had been at fault in an auto accident and that her life would have been ruined if she had been sued. Apparently, the forewoman had made no mention of this during voir dire. The plaintiff relied on this information to seek a new trial, arguing that the forewoman had been dishonest and should not have been seated on the jury. The lower courts have refused to rely on this information because it violates the total privacy given to jury deliberations in the United States (absent a third-party influence into the jury room).

In contrast  to this total prohibition against scrutiny of deliberations we have the reading, on worldwide television, of the verdict in the Oscar Pistorius trial. Not only was the verdict rendered in public; according to South African law the judge who rendered it (with the help of two appointed assessors) gave all of her reasons for the verdict, including resolution of credibility questions, the drawing or rejection of inferences, and the like.

So these two cases are a study in contrasts. Is it necessary to close our eyes to improprieties in the jury room – if indeed they occur – in order to secure the right to a traditional lay jury? Do we have to give up the judgment of lay jurors to learn the reasons why a jury resolves a case the way it does? Food for thought. 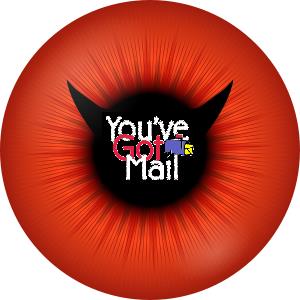 Michael Skakel, who was convicted 10 years ago of murdering his Greenwich, Connecticut  neighbor, 15-year-old  Martha Moxley, was recently released from prison after a judge found he was denied the effective assistance of counsel.  The case has achieved notoriety because Mr. Skakel is a Kennedy relative.  Yesterday (Nov. 6, 2013), however, he was refused bail and ordered to return to prison to await a new trial, or an appeal.  On November 6, 2014, the judge who ordered the new trial granted the prosecutor’s motion to deny bail pending appeal or a new trial. The Judge stated that any bail decision should be handled by the new judge who will preside over all subsequent proceedings.